Please read this introduction in its entirety.

We only open this seed page product list and take all seed orders from September 1 to October 20. Sorry, after October 20 the product list is removed,  and no further orders are taken.

Please note that seed orders cannot be shipped until all of the seed ordered by each individual customer is harvested. Orders including pecans for example may take until November before they are shipped.

We offer open pollinized seed from our best mother trees for those that want to start their own trees. The pollen source (father trees) are nearby selections.

The seed will be prepared for stratifying for Canadian customers. You may fall plant if you wish, or store in plastic bags in the crisper of the refrigerator until spring planting time. Wet the peat moss already in the bag, or add peat moss with the seed to a point just before water run-off. Once prepared, check the seed several times through the winter. Do not allow the seed to dry out. Chestnut seed is the exception. It should be stored with almost dry peat moss and chestnuts must remain plump with a minimum of droplets showing. Most temperate seeds require a minimum of 8-10 weeks of cool moist conditioning. Once warm moist conditions return, a chemical reaction occurs in the seed to cause it to naturally split the shell and sprout.

A word of caution: Do not store seed in areas where mice and other critters have access. We recommend a refrigerator at temperatures between 1-4o C or underground at a well-drained location in a wire cage container for the winter. A mulched covering of wood chips, straw or leaves is advised.

Seed prices are listed in the FAQ. Minimum order of any seed is 20 nuts.  Shipping is extra. There is Canadian tax on seed. American customers, can order seed nuts priced at par. We must have a Canadian inspection certificate provided at an extra cost to us that we must pass on of $15.

We do not warranty natural or human misguidance if seed does not sprout or survive.

Seed selections cannot be combined. For example the 100 seed option is for 100 seeds of 1 selection or species. The counted seed price is determined by the amount of time spent to usually hand collect and assemble an order. We do not offer the seed options to be broken down into requests for separate cultivars or varieties.

Orders for seed cannot be combined with tree orders. Please make one order for seed and a separate order for trees. 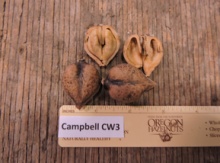 Please name your preferred selection(s) in the checkout comment section.

Please remember that the seed grown from the above named cultivars can only be identified as "seedlings of" and not by the cultivar name. Cultivars are propagated by asexual means, that is, by grafting, layering, cuttings or tisuue culturing. A named cultivar has the same set of genes in every tree produced this way. A seed produced tree gets genes from 2 parents and so every seed grown tree is unique with its own set of genes and so should not be loosely named as its cultivar parent. 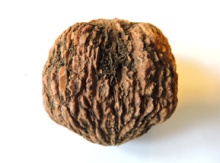 Select from seed of: the cultivar 'Grimo 108H' - a good producer of large nuts (limit 100 nuts per customer);

'Mixed Harvest' -  a mixture of our named selections;

'Wild Niagara Harvest' - a mixture of our best natural trees from the Niagara area;

'Prairie' (Manitoba  Origin)'  - This is not a cultivar but a strain of black walnut from zone 3 seed originating from Fargo, North Dakota. It was planted at the Morden Experiment Station in Manitoba by Dr. Les Kerr.

Please name your preferred selection(s) in the checkout comment section. (Our trees ripen from end of  September to mid-October).

Please remember that the seed grown from the above-named cultivar can only be identified as "seedlings of Grimo 108H" and not only by the cultivar name. Cultivars are propagated by asexual means, that is, by grafting, layering, cuttings or tissue culturing. A named cultivar has the same set of genes in every tree produced this way. A seed produced tree gets genes from 2 parents and so every seed grown tree is unique with its own set of genes and so should not be loosely named as its cultivar parent.

Seed is available of each the following European and American x European hybrids:

'Slate' or 'Gene' -- these are American x European hybrid selections from the Geneva Experimental Station in NY. Suitable zones 6-8.

'Alex'-- a Grimo selection from 'Faroka' seed ('Faroka' is a cross of Turkish tree hazel x European hazel bred by Jack Gellatly in BC)  Suitable for zone 5b-8).

'Farris Hybrids' -- Cecil Farris was a Michigan backyard hazelnut breeder who used 'Faroka' as a parent to produce several selections; Suitable for zones 5b-8.

'Gamma'​​ -- this European selection was produced by Dr. Shawn Mehlenbacher the hazelnut breeder of Oregon State University. It is moderately resistant to filbert blight. (Suitable for zones 6a-8).

'Tonda di Gifoni' -- a European selection from Italy favored by Ferrero Roche. It has been reasonably productive for us in Niagara. It is only slightly resistant to filbert blight. (Suitable for zones 6b-8).

Our Northern Hazels are suited for colder zones. We have 4 sources which originate from 4 breeding origins.

1) ‘Asian/Quebec Source’-- This source could be a hybrid between C. heterophylla x C. americana. My original parent tree came to me from a Quebec enthusiast who saw potential in this tree and said it was a C. heterophylla. The seed offered is from the productive off-spring of the original parent. (Suitable for zones 4-8)

2) ‘Dermis'-- SOLD OUT Skinner was a hobby breeder from Manitoba. He crossed a Manitoba hazel  C. Americana with a European hazel from a NY source. His best selection was named after him. 'Dermis' is a seedling of Skinner that is an improvement over the parent. (Suitable for zones 4-8).

3) ‘Saskatchewan Source’-- SOLD OUT Les Ker, a research scientist from the Morden Station in Manitoba, was responsible for crossing C. americana from Saskatchewan with pollen from the Geneva Research Station in NY. We offer seed from a mixture of our resulting selections. (Suitable for zones 4-8).

4) ‘Wisconsin Source’ -- SOLD OUT Carl Weschcke used C. americana in a cross with European to create hardy, very productive hybrids. The seed offered is from the best seedlings in our orchard. (Suitable for zones 4-8).

Please name your preferred selection(s) in the checkout comment section as they are named above. (Our trees ripen from late August to mid-October depending on source. Northern hazels are usually the earliest ripening). 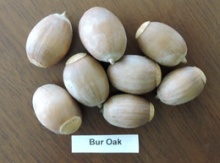 'Bur oak seed' is available from the 'Ashworth' bur oak. Fred Ashworth from NY State selected this tree for very low tannin, making the nuts suitable for food. (Our trees ripen from early to mid-October). The seed may have been affected by the oak weevil and this may affect the germination negatively. In the past we have stored the nuts in the refrigerator, presuming that the cold temperature would halt the development of the weevil. This has resulted in good germination, 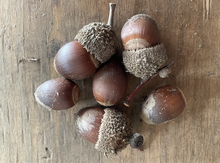 Swamp white oak is native to Ontario and grows widely in zones 4-8. We have had issues with oak weevil so germination may be affected negatively. In the past we have stored the nuts in the refrigerator, presuming that the cold temperature would halt the development of the weevil, resulting in good germination, 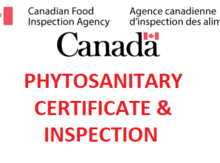 All International seed orders must have a government plant officer inspection before shipping.  A certificate will be issued that must accompany the seed. The cost for this certificate and the inspection is $15. 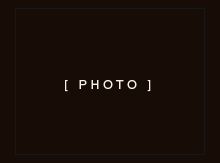 Specific request for seed of a cultivar not listed for sale. Additional cost above normal seed price.